According to Steve Maginnity, stingless Australian native bees are more laid-back than their busy European counterparts.  They won’t work when the temperature is under 15C or over 35C.  They don’t swarm aimlessly, rather they send out scouts to locate and prepare a suitable new nest.  And instead of supplying the larvae continuously with food, they seal the egg in a cell with pollen and honey and the larvae just eats its way out. She’ll be right mate !!

All this and more I learnt at the Botanica Fair, part of the Coffs Coast Sustainable Living Festival which was opened on Sunday by the hugely enthusiastic and hirsute (or is that hugely hirsute and enthusiastic ?) Costa Georgiadis of ABC Gardening Australia fame.

The hirsute one himself 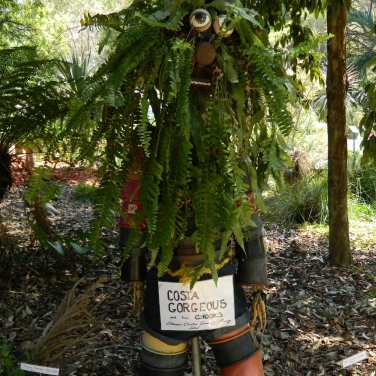 A Bush Tucker walk along Coffs Creek with Ranger (and comedian in disguise) Mark Flanders, a member of the local Gumbaynggir tribe, convinced me that no-one would ever get fat on an indigenous diet. And all that hunting and gathering certainly worked up an appetite for some carbohydrate-rich locally grown food … Thai chicken satay, raspberry sorbet and organic coffee.  Oh well, at least the food miles were low !!

Now back to the bees … it seems that I have everything I need to induce solitary bees to nest in my garden.  Bamboo prunings, left-over lumps of renovation timber and a drill with three or four different sized drill bits. Yet another project to add to the list.

One of the more popular stalls

Coffee is ready … local and organic 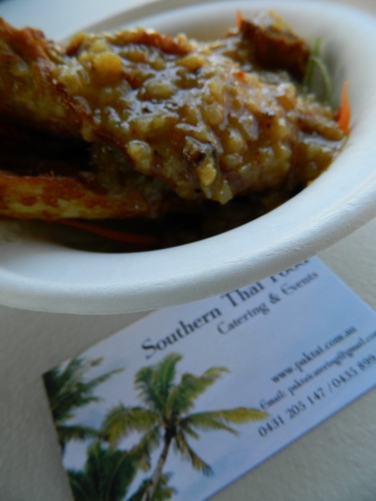