At the side of the house I have a small sloping area of lawn. And I use the word “lawn” loosely. From a distance it passes for lawn, but close up it reveals itself to be just mown weeds. It was after a mowing session on a particularly hot and steamy day that I came up with the idea of turning it into a meadow.

I’ve long been envious of the wildflower meadows you see in England, and always assumed that the idea wouldn’t work in Australia. But what the heck – give it a go – and if it doesn’t work I can always go back to mowing the weeds again. 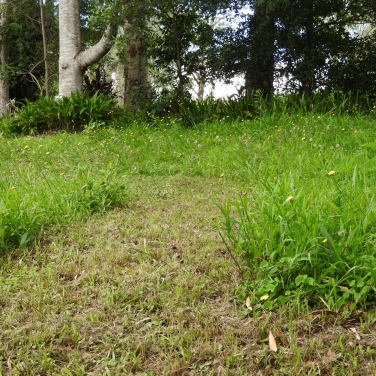 The first things to grow were the usual suspects … dandelion, plantain, farmer’s friend and some pretty ageratum – which needs to be removed as it features on the very first page of the local weed handbook. 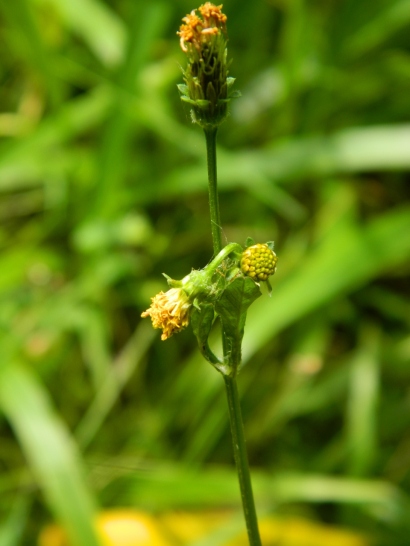 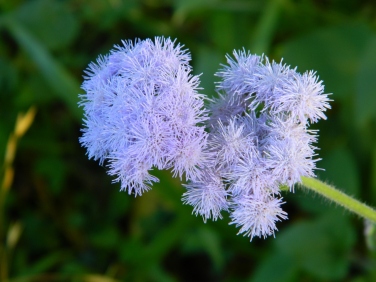 Next to arrive were some Weeds of National Significance and Noxious Weeds – white blackberry, camphor laurel, seratro and lantana. They had to go immediately. 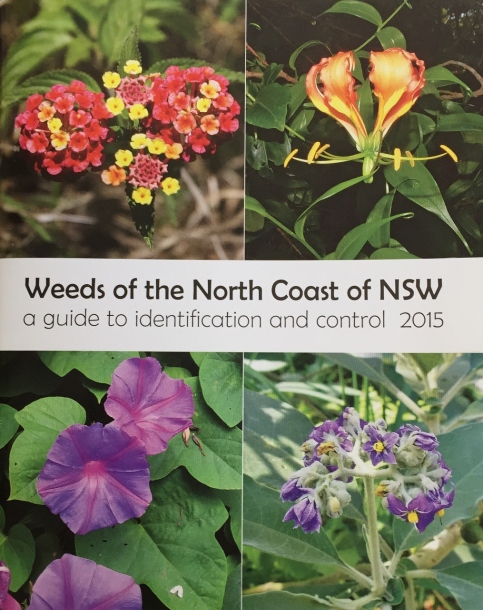 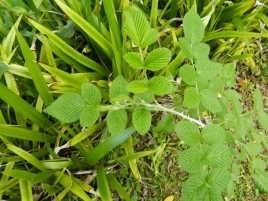 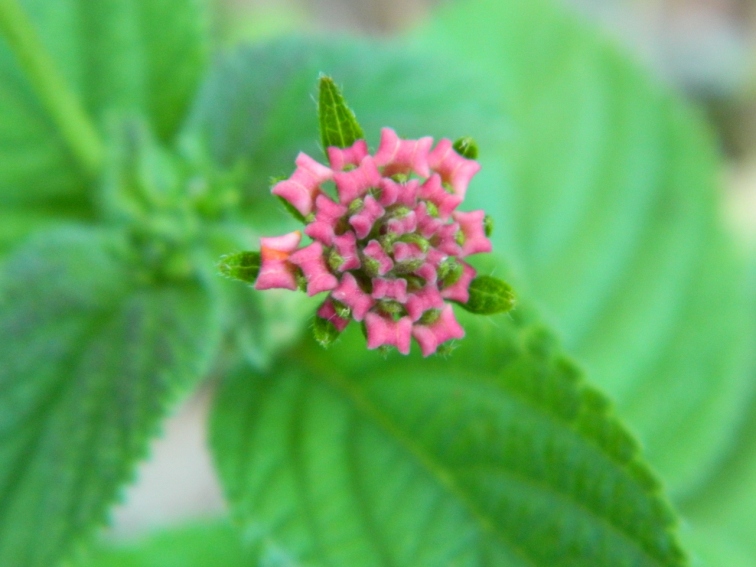 Then I noticed some more interesting weeds, white clover, oxalis, mock strawberry, fleabane, Verbena boniarensis and something that looks like hemlock but could be wild carrot. 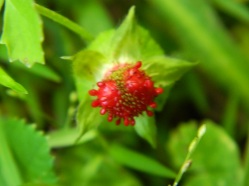 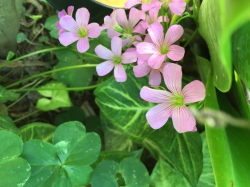 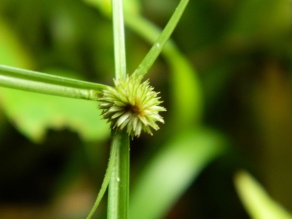 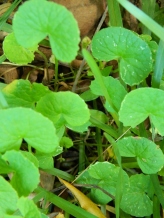 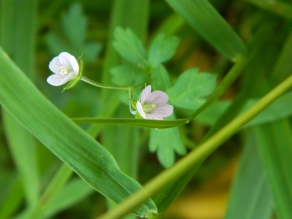 Plus quite a few luxuriously fragrant Lemon Scented eucalyptus saplings, which have to be pulled out due to the fact that they can grow to 35 metres and I already have one ! 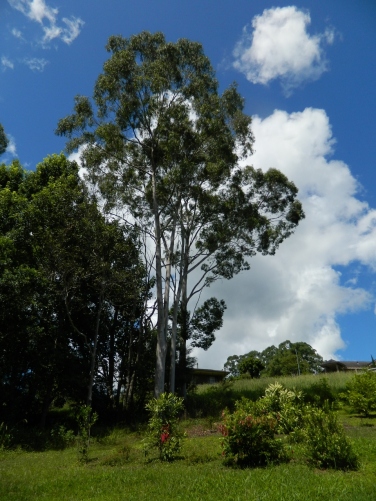 I’ve really only scratched the surface, and there are many more plants in the understorey to be identified together with a few insects. It will be interesting to see what develops over the coming months … 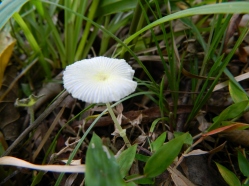 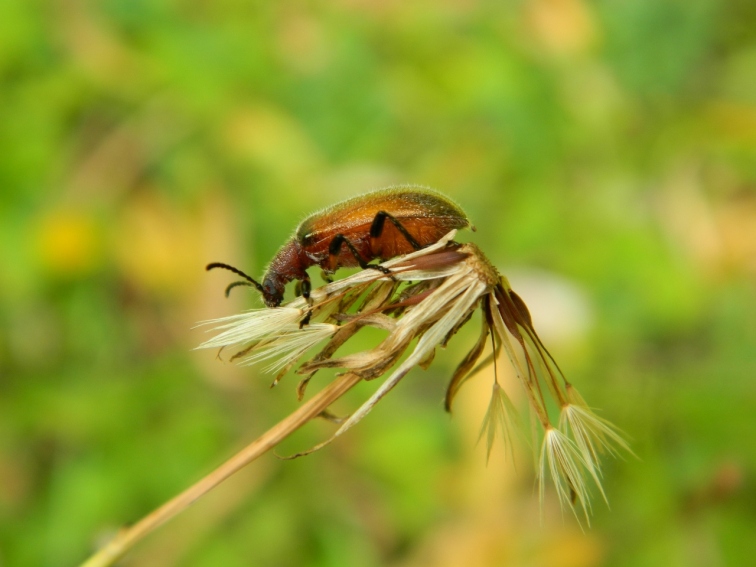 Last night I ate my first weed salad and obviously, I lived to tell the tale.

My bravery didn’t extend to a full sized bowl, just entrée size, and I took the precaution of texting a photo of the ingredients to a friend with the instruction …
“If I don’t text you back in four hours – call an ambulance”!!

So, first I collected a selection of weeds from the garden, then using my Weed Foragers Handbook I sorted them, only keeping the weeds that I was 99% certain were edible and discarding the rest. I ended up with – farmer’s friend (cobblers pegs), sow thistle, dandelion, chickweed, nasturtium, ribwort (plantain) and a solitary Indian strawberry. 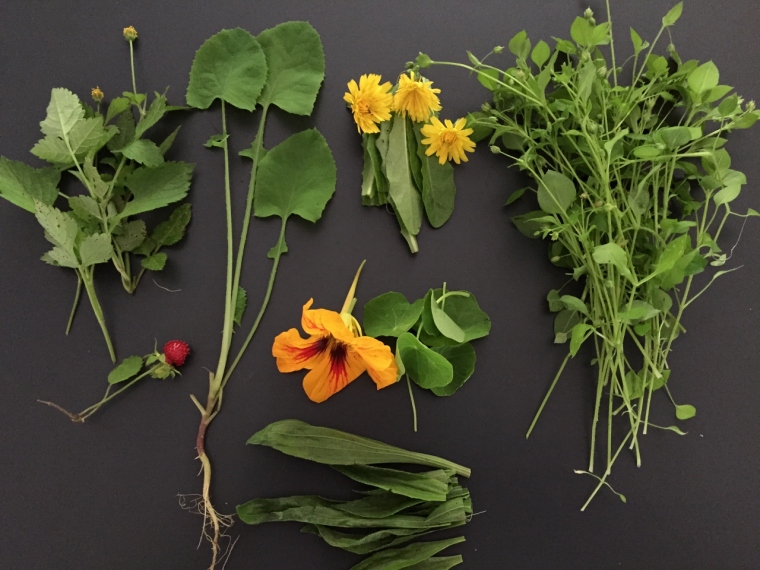 To boost the size of the salad, I added baby rocket, parsley, lime mint, berries & cream mint, common mint, chives and a few clover flowers that I picked whilst en-route to check the letterbox.

Then I added some lightly toasted spiced pine nuts and sunflower seeds and dressed it with an oil, mustard and local organic honey dressing.

Conclusion – individually the weeds tasted a bit “unusual” but the combined salad was really very tasty.  The Indian strawberry was a total non-event.

I can’t believe I’m saying this but … I was actually slightly disappointed that I didn’t find more edible weeds.  I particularly wanted to find some oxalis* flowers. When we tried them on our herbal exploration day they were like a little burst of sherbet (due to the oxalic acid I assume) 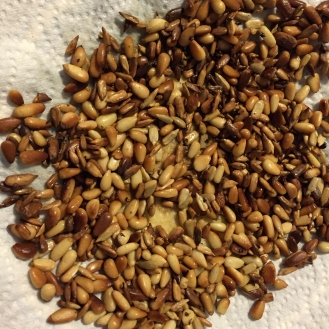 * Note: Oxalis is not a house or garden plant in Australia – it is a pesky weed. 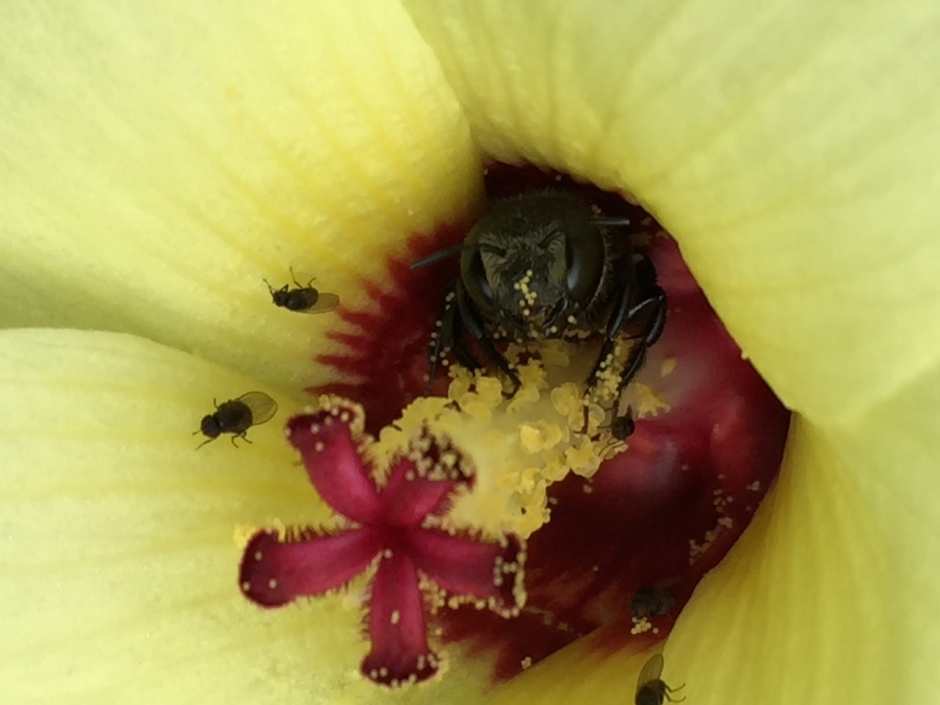 I have to admit that my general attitude is … “all weeds must die”, but yesterday my attitude softened slightly, when I realised that I don’t have to grovel around on my hands and knees pulling them all out and composting them – I can actually eat some!

Let me explain … I spent the day with the lovely couple Damien and Laura of Chamomile Naturopathy a Bellingen based natural healthcare business.  In addition to offering remedial massage, blending herbal teas and practising naturopathic medicine, they run herbally focused courses.

Their Day of Herbal Exploration was a chance for me not only to explore our local Northbank Community Garden  but also to indulge in my current obsession of seeking out bee attracting plants. The weed revelation was an unexpected bonus. 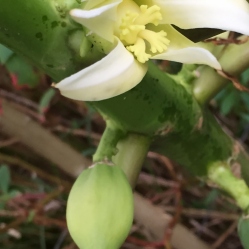 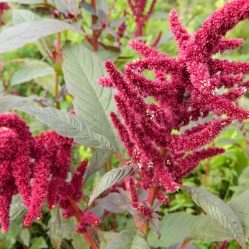 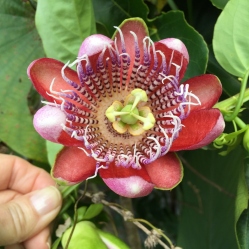 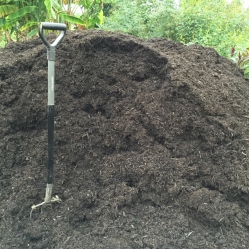 The first part of the morning was a little heavy going as we delved into the Glossary of Therapeutic Terms. More than once, my heathen brain wandered to thoughts of double-shot flat whites.  But I soldiered on, fortified by herbal teas and deliciously healthy protein balls made by Laura.

Soon enough we escaped our outdoor classroom for a quick course on Botany, followed by an exploration of the community garden, beneficial weed identification and a final discussion of 10 or so easily grown beneficial herbs.

My favourite photo of the day is of this Native Rosella, a species of hibiscus that is endemic to New South Wales.  I didn’t realise until later that it was packed with bees, so of course it has gone straight on to my plant wish list.