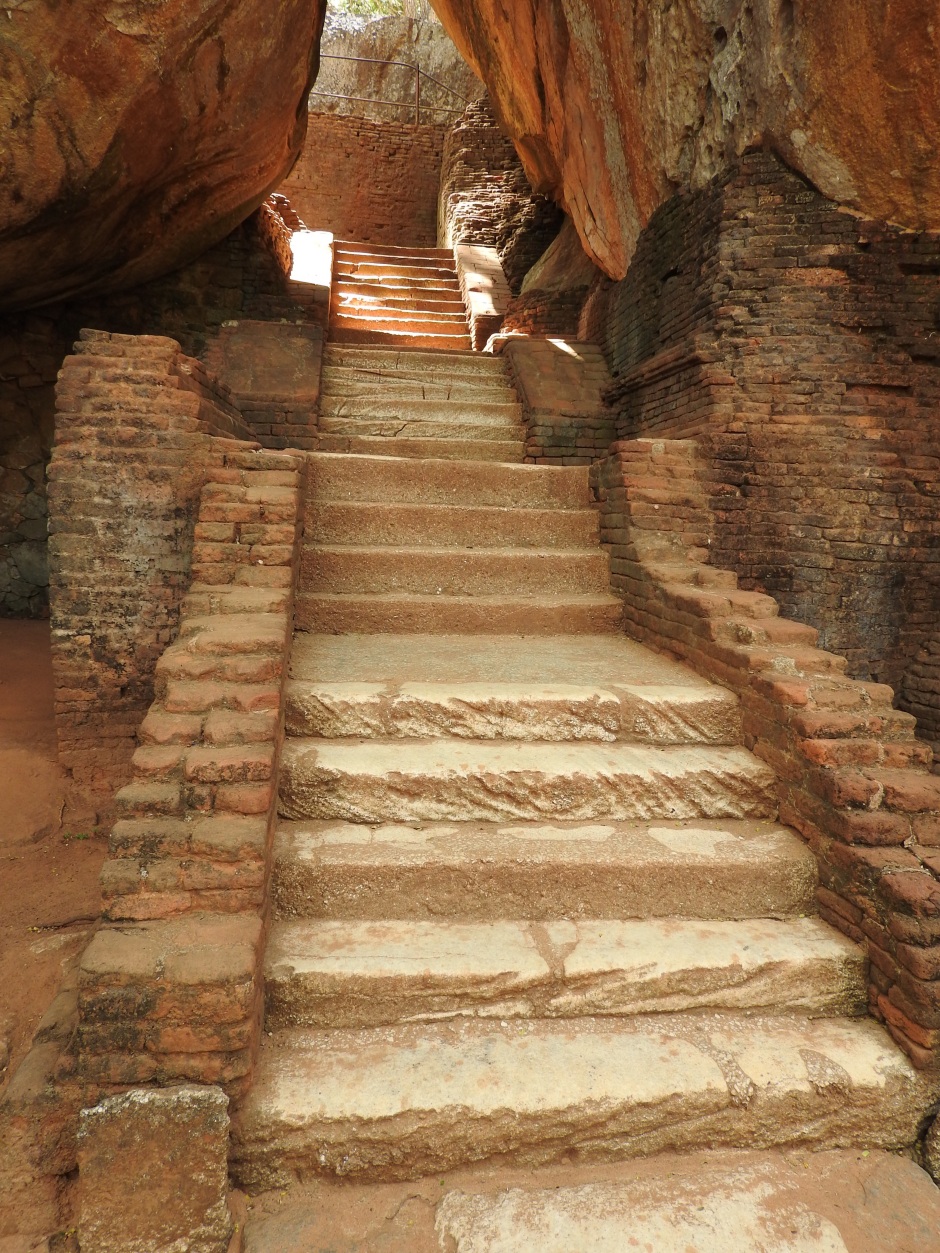 I wrote about climbing Sigiriya Rock two years ago in my post The Day of a Thousand Steps so I won’t go in to the historical detail again. The climb is challenging enough for anyone who suffers from a fear of heights as several of us do, but we hadn’t factored in school holidays and a crush of people shuffling along the narrow platforms and spiral staircases, nor the near gale force winds which buffeted us at the summit.  Exciting stuff !!

In most first world countries, Sigirya would be considered a safety nightmare and probably closed down. Nevertheless, five of our group made the return trip without incident, as thousands do every week. 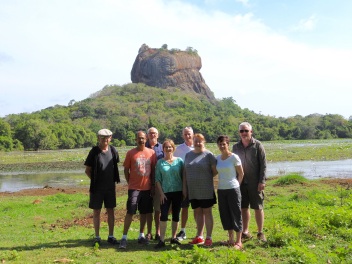 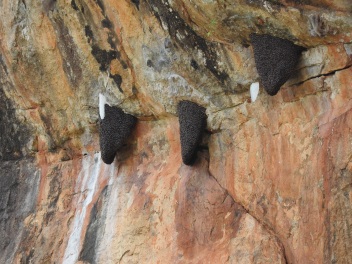 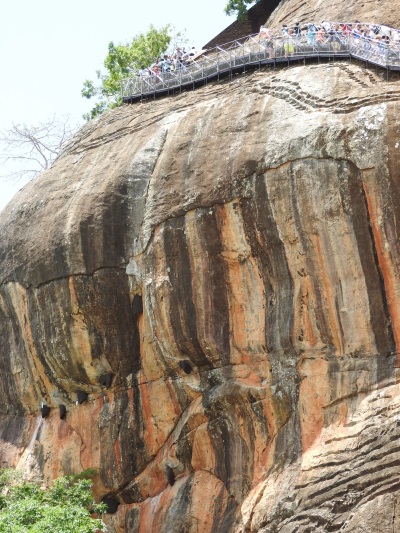 Crush of bodies on the platforms 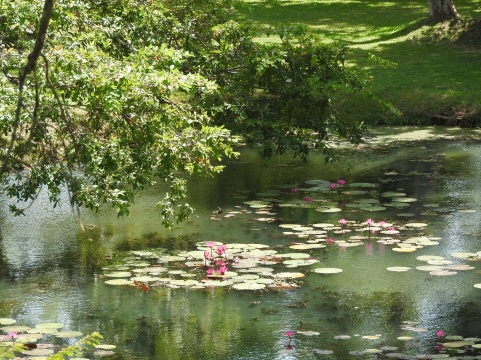 Lily ponds at the base of the climb 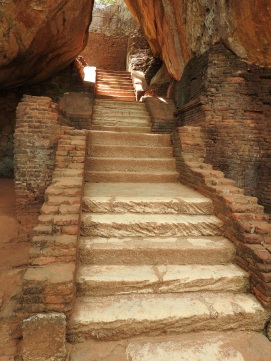