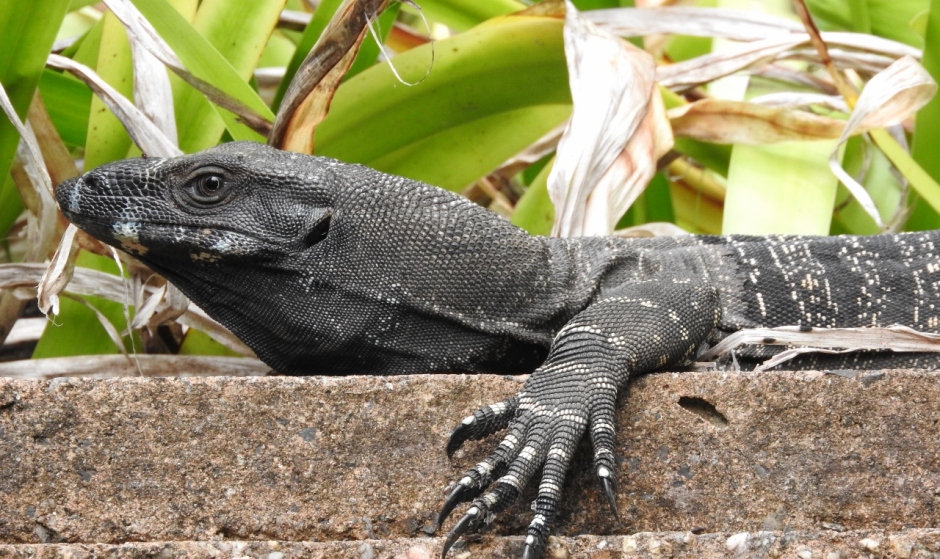 From time to time I hear loud rustling noises in the garden.  So far, the source has always turned out to be a Blue Tongued lizard, a Carpet Python or a Lace Monitor – but as their tails resemble that of several venomous snakes, I always freeze and wait until I am absolutely sure!

Several years ago, a large Lace Monitor posed obligingly for me in a tree …

From then on, I assumed that I was seeing the same monitor, but today I realised that this was not the case.  When I was sitting in the garden this morning, I realised that something was watching me … and there lounging in the sun nearby was a much smaller monitor with quite different markings. 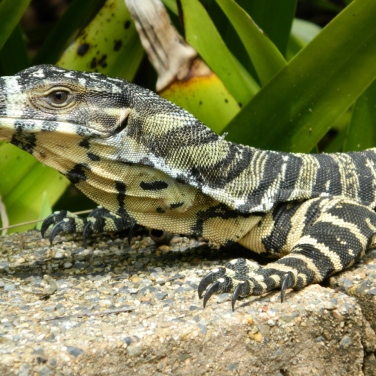 There are, it seems, two distinctively marked variations of the east coast Lace Monitor, and when I compare my photographs from 2012, 2014 and 2016, I realise that in size and markings, they are all different.

This may explain some of the loud rustlings I hear at night, and now I wonder just how many Lace Monitors are out there ??

3 thoughts on “Lounging with Lace Monitors …”